I finally found my frickin' camera cord, so I was able to get my pictures on my computer.  I've been rather lazy lately, I haven't worked on anything new in a few weeks, and haven't even bothered trying to clean up my craft room, but well, they call it spring cleaning for a reason.  I'm definitely going to get my butt in gear and get some stuff done.  There are so many unfinished projects I want to tackle that I can't even make a list!
This month has been a bit more crazy than normal, with the company my husband worked for closing, we have been spending most of our time trying to get things ready for when he would be unemployed.  Are we worried?  Hell yeah, but my husband, the ever optimist, is putting a positive spin on our situation, while I the ever pessimist, am having a tougher time.  We'll get through it, we always do.  It's somewhat comforting knowing that in our marriage at least, there is a stability.
Well, onto my post.  Here is one of two layouts that I created back in March, but haven't been able to put up since I had no way of getting the photos off my camera until now.

This one is called "In Her Arms".  The picture is of my daughter and her Great Grammy.  I alway want the kids to know just how lucky they are to have grammys and great grammys, as someone who grew up without any grandparents.  My mother-in-law took this photo of the two of them during my sons birthday party last year.  I don't usually scrap pictures that she takes, since I only get one copy of them, but I just loved the look of it so I decided to include it in my daughters scrapbook.  I know you can't see grammys face, but for some reason that made me like it even more, like she was just a presence, you don't need to see her to know she's there, and that she's got them in her arms. 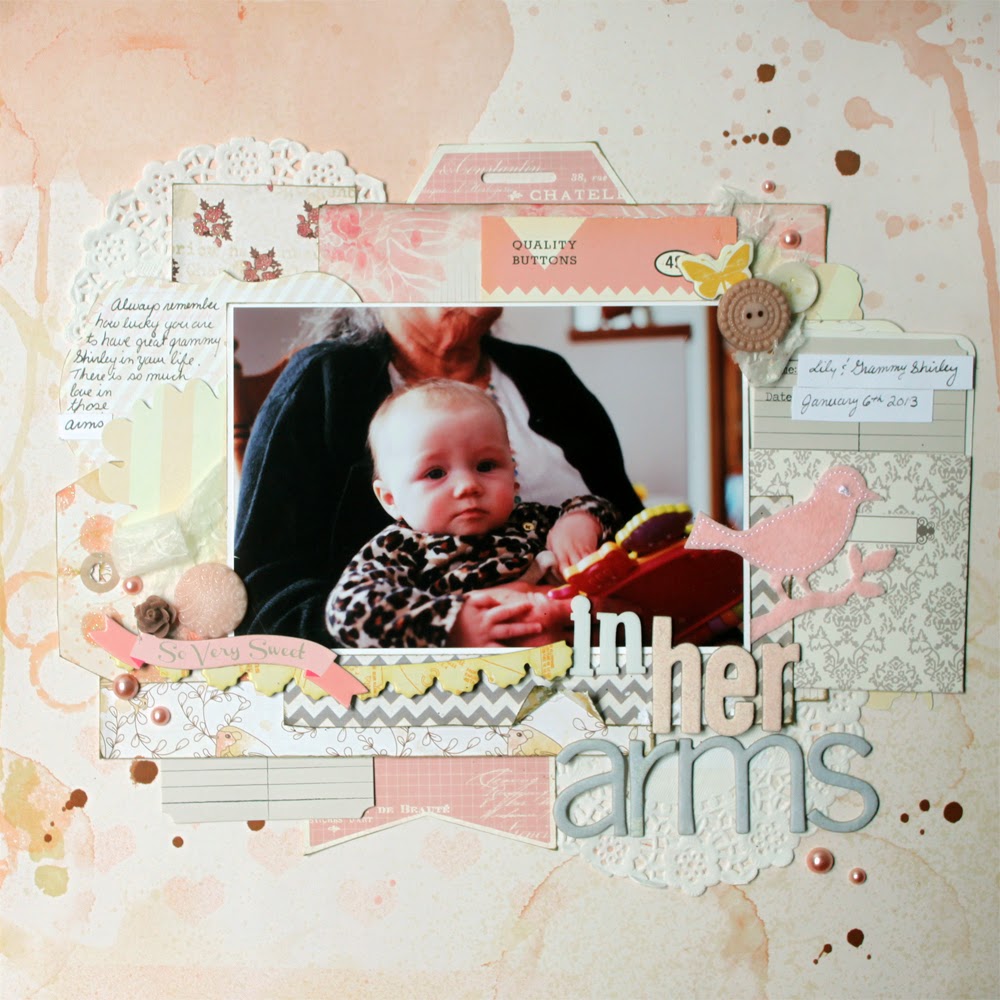 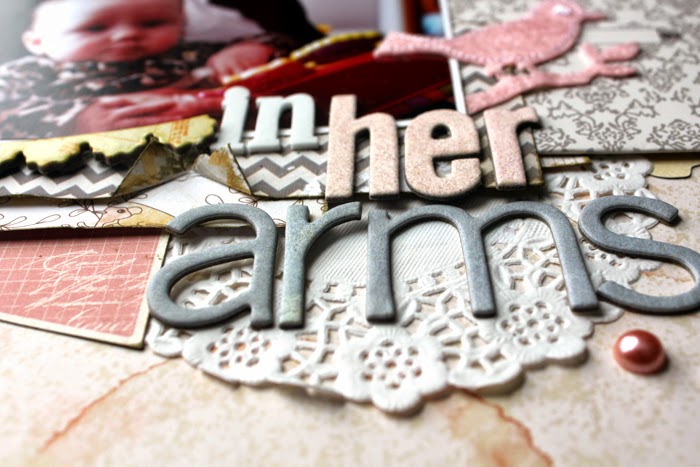 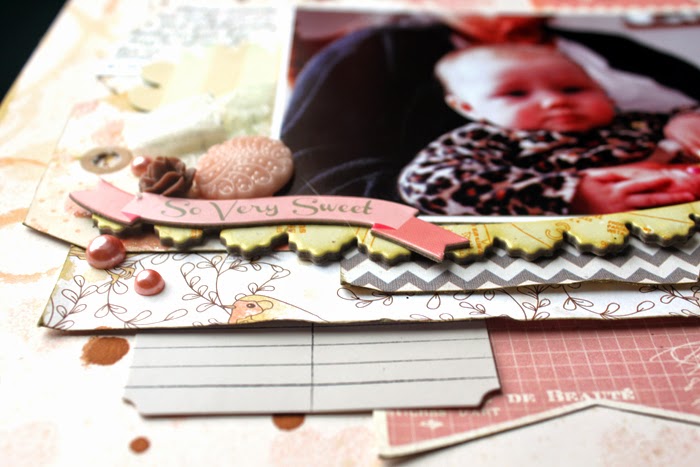 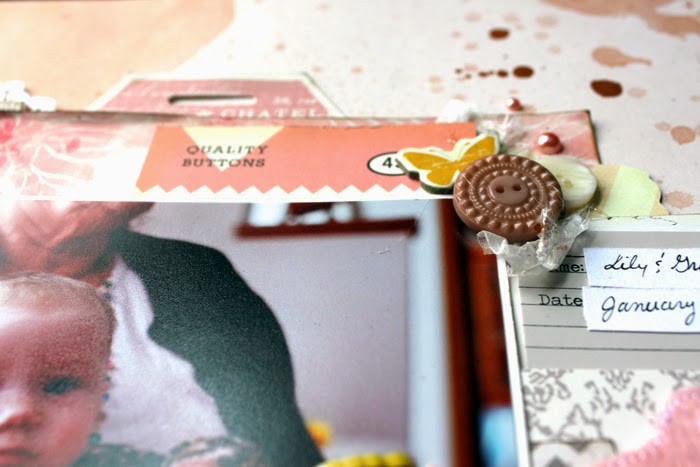 
I originally didn't want to post this layout because one of the BasicGrey elements I used had a typo on it, but since I have no clue when I'll get around to trying to fix it I figured I'd post it in the meantime.  This layout was inspired by Tina Aszmus from the Studio Calico Design Team.  You can check out the  layout here. I liked how she printed on vellum (something I've done before) but then put her photo behind the vellum too!  I adapted the layout to a 12x12 and then just had fun with it.  I'm so happy with the turnout I definitely think I'll be picking up more vellum in the future!   Oh, and yes, that paper piece that says "Lost and Found" is the logo from that paper line.  I liked how it looked so much I added it as an embellishment.  Waste not want not.